Romblon province is another destination in the Philippines that is not known to many foreigners but is surely one of the provinces that caught my heart! If you haven’t read my previous travel guides to some parts in Romblon, the province is divided into 3 main islands which are: Sibuyan, Tablas and Romblon, Romblon. Last July 2019, I did a DIY trip to this lovely province and so I created this Romblon DIY travel guide for anyone who wish to visit!

Rich in pristine beaches and stunning sandbars, known for its marble stones and freediving sites, a number of cliff-diving sites and clean rivers, these are some of the prominent list of sights to see in Romblon.

Some of its famous beaches includes Cresta de Gallo in Sibuyan and Carabao Island in Tablas. The Carabao Island rose to fame because it was dubbed as the twin sister of Boracay while Cresta de Gallo was accidentally discovered by a foreigner 3 years ago. This only means that there are still a lot to explore and this beautiful island and I’m excited to share it with you in this travel guide!

Below are useful travel guides I have created if you are planning to visit the 3 main island of Romblon province soon!

What you should know? Romblon DIY Travel Guide

Since Romblon is not a famous destination especially to foreigners, traveling around the province can be tricky especially if you are not prepared. In this pre-travel guide I will discuss the necessary things you need to know before you pack your bags. Continue reading and let’s travel to Romblon!

Romblon has 3 main islands which are: Sibuyan, Romblon and Tablas. Sibuyan Island dubbed as the Galapagos of Asia, Romblon Island which is the capital municipality and also the smallest island, and Tablas Island as the largest of all three. Each island boast off its unique and stunning beaches. One of the famous mountain targeted by many hikers is also located here in Sibuyan which is the Mount Guiting-Guiting (G2).

The language spoken in Romblon is “bisaya” but tagalog is still widely spoken here. The native language by locals in Romblon is Romblomanon and Onhan which has a very similar accent and words with bisaya.

Since Romblon is rich in tropical island destinations, it is expected that the best time to visit is during summer season in the Philippines when the seas are calm and the skies are blue. Summer season starts by March until the end week of June.

How to go to Romblon? (Romblon DIY Travel Guide)

There are 2 ways for you to get to Romblon and that is (1) by plane and (2) by ferry from Batangas port to Romblon. Be sure to check out the details below and plan your itinerary well especially if you’re planning to go by ferry.

By Ferry from Batangas to Romblon

The famous way to go to Romblon is by riding an overnight ferry and waking up arriving in the beautiful island. There are ferries in Batangas port where you can ride going to Odiongan in Tablas or Sibuyan island. Take note that these ferries has schedules per week. If you are planning to visit Romblon, check the schedules of ferry before planning your itinerary.

FERRY SCHEDULES TO AND FROM ROMBLON FROM BATANGAS PORT

For budget travelers, there are lots of budget hostels in Romblon depending on which island you will be staying. The usual rate per night and per person is around PHP 150.00 – PHP400.00. Below are suggested hostels in Sibuyan, Romblon and Tablas. 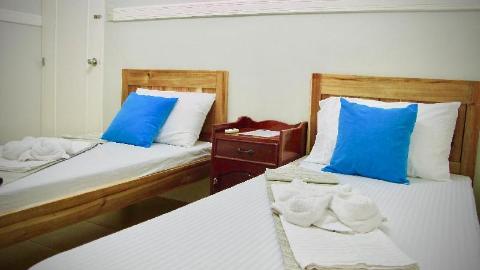 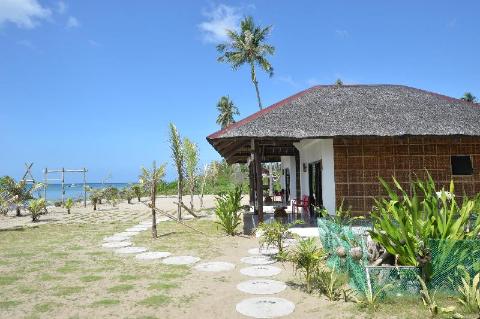 For budget travelers, you don’t have to worry because the food budget in Romblon is not really expensive!! Except in Carabao Island where lots of restaurants are already developed due to the fast-rising popularity of the island as Boracay’s twin sister. The budget for food in carenderyas are ranging from PHP50.00 – PHP150.00 per person.

Places to Visit in Romblon

Also famously known by the locals as their very own Hambil beach. Located in the Southernest part of Romblon and is 1 hour boat ride from Boracay Island. The Hambil beach has a stretch of long powdery sand that is like Boracay’s sand and also has lots of cliff-diving sites for adventure-junkies. Read the full travel guide here. –Romblon DIY Travel Guide

Another fast-rising destination located in Sibuyan island, Romblon is the impressive Cresta de Gallo! This was just discovered way back 3 years ago and it’s the most famous tourist destination in Sibuyan island along with Mount Guiting-Guiting. Read the full travel guide here. – Romblon DIY Travel Guide

Get ready to take the plunge from 5-10 meters high on 3 different platforms to jump off in Cantingas River. Never miss a fun experience here especially that it’s worth it and the entrance fee is just P10.00! Read the full travel guide here.

The Looc fish sanctuary is a must-visit when in Tablas, Romblon. The stunning view from the floating cottage, snorkeling with colorful fishes and clams, fish spa and freediving. All of these things to do for only PHP50.00 entrance fee!

This beach is another gem in Tablas located in the municipality of Alcantara. With just an entrance fee of PHP50.00, you can enjoy swimming and looking at the breathtaking viewpoint! Other things you can do at the Aglicay Beach Resort is renting snorkels and fins to check out the amazing underwater world in Aglicay. Read the full travel guide of Journey Era here.

Bon-Bon beach in the capital municipality of Romblon can be accessed by land travel and I highly suggest to watch the sunset here! Watch my Romblon travel vlog on Youtube to see Bon-Bon beach!

My most favorite island of the 4 island hopping in Romblon is the Cobrador island! Enjoy swimming in a crystal clear water and if you want to go freediving, there is a fish sanctuary site where your boat can stop and you can freedive there. It’s an estimated 20 meter deep for those who will go.

Alad Island is a pebble beach island, do bring aqua shoes with you if you come here. The water here is also crystal clear like that of Cobrador’s.

In Logbon island there is a sandbar and you can see marble rocks here too. Romblon is quite famous because they are rich in marble rocks and in Logbon you will see lots of marble rocks scattered in the sand.

One of the focal points of Sibuyan island is Mount Guiting Guiting which is also the highest peak in Romblon province. Sibuyan island is considered a very remote island in the Philippines because more than half of it is covered by forest. Nonetheless, the ecotourism is beginning to climb up because of Mount Guiting Guiting as a target destination especially to hikers.

Day 1: Sibuyan Island
7AM arrive in Magdiwang Port, ride a van to San Fernando
9AM arrive at Jenmar lodge, rest
10AM breakfast and head to Cantingas river
12NN ride a bot to Cresta de Gallo
5PM back to pier
6PM dinner
8PM lights out

Day 2: Romblon, Romblon
5AM ride a van back to Magdiwang port
7AM breakfast near the pier
9AM ride a ferry to Romblon, Romblon
11AM check in at Muravion Hostel, lunch
12NN island hopping: Cobrador island, Logbon island, Alad island, Bonbon beach
6PM back to hostel, rest
8PM dinner, lights out

(The next day, I rode a passenger boat to Aklan and continued my travel in Western Visayas provinces)

YOU MAY WANT TO READ: FERRY SCHEDULES TO ROMBLON FROM BATANGAS PORT

Islands in the Philippines

ISLAND HOPPING IN TAWI-TAWI 2020: SOUTHERN MOST PART OF THE PHILIPPINES

Hi! My name is Joan and I’m excited you’re here!

Her name is Joana Gutierrez, a mermaid born with human legs to explore the world. She started traveling at the age of 22 and started doing solo-travels at 23. Read more here.

Life of a Freelancer – What is “Freelancing” and How To Earn Money From it?

Baguio City In A Nutshell: 5 Amazing Reasons Why Baguio Is An Ideal Place To Live

Ultimate List Of Fun Things To Do Near Manila: Plus Amazing Discounts!

Hey Christian! I truly agree with that. The best places are the uncrowded. :)

Hi, amazing blog. We pretty much did a similar route last year and just combined it with Carabao Island. Absolutely…

Joana Paola Gutierrez - Life of a Freelancer – What is “Freelancing” and How To Earn Money From it?

Yeah, actually there are more to tell in this topic. I'll be sharing that on my upcoming posts about freelancing…